Petition: International Red Cross: Treat the victims of Malaria who are dying throughout the world

Why this is important 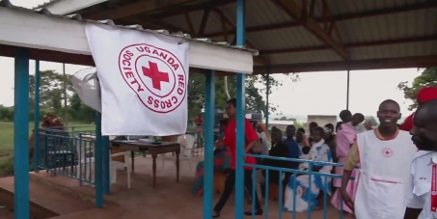 The above picture shows a successful International Red Cross operation where they proved that a new cure for malaria works in less than one day. You may already know that at this time more than 1.2 million people die from malaria each year, most of them children. None of these people need to die because there is a quick cure for malaria that takes less than a day and costs less that 25 cents US. More that 200 million people get malaria each year causing much poverty throughout the world in malaria countries. The International Red Cross knows of this quick malaria cure which they tested and proved on the 11th -16th of December 2012.

The video that proves that the International Red Cross actually proved this out and then refused to admit it or use it, is here: youtube.com/watch?v=FrwZN1cPfX8 (Please copy and paste this address into your browser)

There are thousands of others who know of this cure but who do not have the necessary finances to begin the job. The Red Cross operates because of the donations of the millions of people of the world. They have the money and they know of the cure that cures malaria in less than a day. This is a job that the Red Cross should do and they should not refuse because it will deplete their financial resources. These resources came from the people of the world in the form of donations. When others see the Red Cross curing thousands they will be encouraged to go and do the same.

Please sign this petition and pass it on to as many people as you can. Help change the world.

THE LIVES OF 1.2 MILLION PEOPLE HANG IN THE BALANCE NEXT YEAR DEPENDING ON YOU TO SIGN THIS PETITION AND PASS IT ON.

Undeniable proof that the Red Cross cured 154 Malaria cases with MMS, in their water purification study in Uganda, 2012 : This video got leaked and released 1st of July 2013 and makes it impossible for the Red Cross to keep claiming that the study never took place, as was their response to the 2nd of may video.
youtube.com/watch?v=FrwZN1cPfX8

Red Cross cures 154 Malaria cases in Uganda with MMS:
This video was released 2nd of May 2013.
youtube.com/watch?v=5jY2yab0uLc